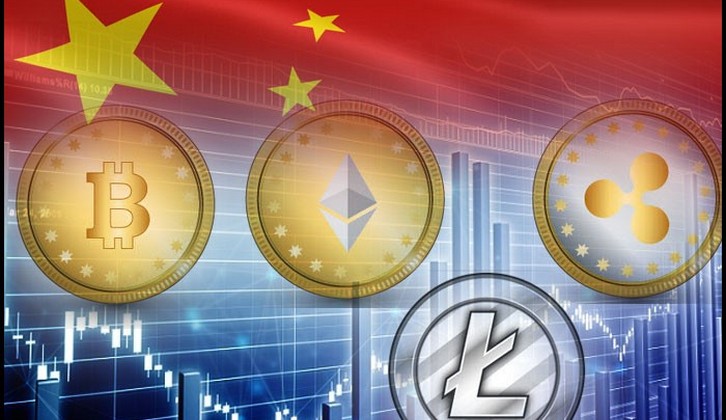 The continued survival of cryptocurrencies in China

To the rest of the world, it appears as though the Chinese government has totally stamped out the mining and trading of cryptocurrencies within the country. Why it has done so is still subject to speculation, but one thing is clear – China has yet to abandon cryptocurrencies entirely.

What has been done so far

The casual investor could be forgiven for thinking that cryptocurrencies have ceased to be relevant in what was once the world’s largest trading market by volume. Initially supported by cheap and abundant electricity as well as lax regulations, it was just last year that Chinese miners completely dominated the cryptocurrency markets with their overwhelming output. However, several rounds of crackdowns over the years by the Chinese government has resulted in miners looking farther afield for cheap and abundant electricity and traders fleeing to friendlier shores.

In November 2013, China’s central bank (PBoC) and other Chinese financial institutions described bitcoin as “not legally protected” and without “real meaning”. While the Chinese government proceeded to ban banks and other financial institutions from trading bitcoin, it continued to allow the general public the freedom to trade at their own risk. Three years later in January 2017 and when Chinese dominance of global cryptocurrency trading volume was nearly total, the PBoC suddenly announced its intentions to carry out inspections on the three largest exchanges in the country. These inspections were ostensible to investigate capital flight, money laundering, and market manipulation – recurring themes that would underpin the Chinese crackdown on cryptocurrencies.

The first official crackdown happened on 4 September last year, when the PBoC announced an immediate ban on Initial Coin Offerings (ICOs). The announcement described ICOs as an illegal fundraising activity and further, as having “seriously disrupted the economic and financial order”. The result was the overnight suspension of an industry worth hundreds of billions of US dollars and the return of money that had already been paid out to investors. Bitcoin prices proceeded to fall by over 5% and Ethereum – widely regarded as the primary beneficiary of the ICO boom – dropped by over 12%.

Earlier this year in February, the Chinese government blocked access to local and foreign exchanges. A contemporaneous PBoC publication acknowledged that prior attempts at shutting down local exchanges had failed to stop trading, while users of Chinese social media websites and apps also noticed that advertisements for cryptocurrencies had stopped appearing entirely. Bitcoin prices fell by 10% on the same day the publication was released. Then in March, the Chinese government took the crackdown one step further on social media by shutting down the accounts of cryptocurrency exchanges (including that of one of the largest in the world, OKEX) as well as discussion groups devoted to cryptocurrencies and blockchain technology.

Possible reasons for the crackdown

Rising electrical costs may have played a factor in the crackdown. While hydropower may have enabled some pools of Chinese miners to compete well below the global average cost, it is not widely available in a country that continues to rely primarily on coal for its energy needs. Chinese police have started to work together with local power companies to identify and seize mining assets, with one recent case even being described as “power theft”.

However, some have speculated that it is not so much about the electricity as it is about the malicious activities supported by cryptocurrencies. The core features of cryptocurrencies lend themselves especially well to capital flight, money laundering and market manipulation. Such activities are not mutually exclusive: while money laundering may be next to impossible as the conversion of bitcoin to cash in China requires proof of identity, that has not stopped wily Chinese investors from combining some or all of the three in order to hide their money from the government.

Recent Chinese controls imposed on capital outflows were designed to combat attempts to hide, among other things, the proceeds of corruption overseas; the stateless and anonymous nature of cryptocurrencies meant that with last year’s price spike in December, it was only too easy to transfer large sums of money out of the country without the government’s knowledge. Further, all of this happened at a time when Chinese miners produced the vast majority of cryptocurrencies. It would only be too easy to assume that the sheer volume alone allowed the miners to manipulate prices.

The logical corollary then would be that the Chinese government had realised – albeit belatedly – that the volume of cryptocurrencies mined and traded in China had allowed unscrupulous individuals to bypass existing financial regulations by using cryptocurrencies to hide their money overseas. Nonetheless, the Chinese government has been consistent – if not entirely explicit – about the reasons for its crackdown on cryptocurrencies. It has continuously sought to achieve stability and sustainability in the financial sector through attempts at removing risk generated by the movement of large sums of monies.

Such risk usually refers to speculation, which the Chinese government is trying to control the economy grows and opens up further to foreign investment. Memories of the stock market turbulence of 2015 – 2016are still fresh, and its similarities with bitcoin’s meteoric rise in December last year may have contributed to triggering the Chinese government’s heavy-handed response. At any rate, Chinese financial markets have a well-deserved reputation for being rife with speculation and the crackdown on cryptocurrencies could be part of the wider “war” on financial speculators.

Cryptocurrencies are not dead

Regardless of the reasons behind the crackdown, the largest cryptocurrency exchanges in China responded by fleeing in December 2017 – to Hong Kong. While Hong Kong is undoubtedly Chinese territory, the laws and regulations are vastly different as a result of the “One Country, Two Systems” legacy of the British handover. In Hong Kong, cryptocurrency trading is very much alive and well, with the erstwhile Chinese exchanges doing business to the tune of USD1 billion of cryptocurrencies each day.

Nor is Hong Kong known as a mining hub. It has no indigenous energy sources and relies on imported fuels to generate its electricity. As such, mining there could never hope to take off in the same way it did on the mainland. Trading premiums, therefore, spiked together with the sudden increase in volume from Chinese investors, who moved funds from China to Hong Kong in order to trade. The net result was the potential for international arbitrage by buying cryptocurrencies elsewhere and selling them in Hong Kong for a tidy profit.

At any rate, it is illegal for now in China to make transactions with them, trade them via an exchange or hold an ICO. It is, however, legal to hold cryptocurrencies – and trade them over-the-counter (that is, without going through an exchange). It would, therefore, be premature to claim that the cryptocurrency industry in China is dead, when in fact it continues to grow daily.

New Cryptocurrency Exchange to launch In South Africa By Next Quarter